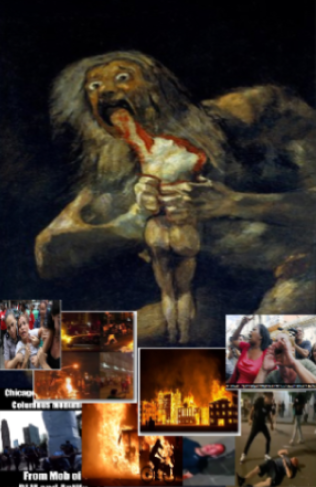 I think, reflect and refuse to remain silent about the same horror that I ran away from, if I say nothing, I become an accomplice. It hurts me and depresses me the little humanity of the brute and cruel mob, and that they are taking this great country hostage, in the name of what they call justice and ignoring all the mechanisms that exist to deal in a civilized manner with our problems. I am discouraged by intense hatred, cruelty and racism in any sense of the amorphous masses used by politicians who have so far ignored the looting and violence, using it to their advantage, denying more than 200 years of humanist progress and opportunities. The sublime is forgotten in the midst of so much horror; but I decide not to shut up because that's why I ran away from socialist horror and everything that now wants to destroy this country.
Posted by Il Pensatore at 4:44 PM