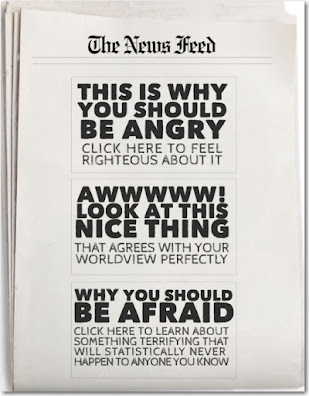 The story of how one metric has changed the way you see the world.
Tobias Rose-Stockwell
Medium Media 17 min read
The world feels more dangerous. Our streets seem less safe. The assault on our values is constant. The threats feel real.
The enemy is out there — just check your feed.

One evening in late October 2014, a doctor checked his own pulse and stepped onto a subway car in New York City. He had just returned home from a brief stint volunteering overseas, and was heading to Brooklyn to meet some friends at a bowling alley. He was looking forward to this break — earlier that day he had gone for a run around the city, grabbed coffee on the High Line, and eaten at a local meatball shop. When he woke up the next day exhausted with a slight fever, he called his employer.

Within 24 hours, he would become the most feared man in New York. His exact path through the city would be scrutinized by hundreds of people, the establishments he visited would be shuttered, and his friends and fiancée would be put into quarantine.

Dr. Craig Spencer had contracted Ebola while he was treating patients in Guinea with Doctors Without Borders. He was not contagious until long after he was put into quarantine. He followed protocol to the letter in reporting his symptoms and posed no threat to anyone around him while he was in public. He was a model patient — a fact readily shared by experts.

This did not stop a media explosion declaring an imminent apocalypse. A frenzy of clickbait and terrifying narratives emerged as every major news entity raced to capitalize on the collective Ebola panic.

The physical damage done by the disease itself was small. The hysteria, however — traveling instantly across the internet — shuttered schools, grounded flights, and terrified the nation. 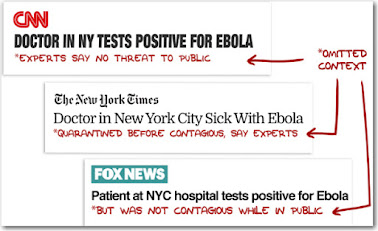 Social Media exploded around the topic, reaching 6,000 tweets per second, leaving the CDC and public health officials scrambling to curtail the misinformation spreading in all directions. The fear traveled as widely as the stories reporting it. The emotional response — and the media attached to it — generated billions of impressions for the companies reporting on it.

Those billions were parlayed directly into advertising revenue. Before the hysteria had ended, millions of dollars worth of advertising real-estate attached to Ebola-related media had been bought and sold algorithmically to companies.

The terror was far more contagious than the virus itself, and had the perfect network through which to propagate — a digital ecosystem built to spread emotional fear far and wide.

Every time you open your phone or your computer, your brain is walking onto a battleground. The aggressors are the architects of your digital world, and their weapons are the apps, news feeds, and notifications in your field of view every time you look at a screen.

They are all attempting to capture your most scarce resource — your attention — and take it hostage for money. Your captive attention is worth billions to them in advertising and subscription revenue. 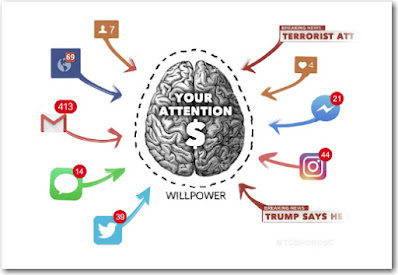 To do this, they need to map the defensive lines of your brain — your willpower and desire to concentrate on other tasks — and figure out how to get through them.

You will lose this battle. You have already. The average person loses it dozens of times per day.

This might sound familiar: In an idle moment you open your phone to check the time. 19 minutes later you regain consciousness in a completely random corner of your digital world: a stranger’s photo stream, a surprising news article, a funny YouTube clip. You didn’t mean to do that. What just happened?

This is not your fault — it is by design.

The digital rabbit hole you just tumbled down is funded by advertising, aimed at you. Almost every “free” app or service you use depends on this surreptitious process of unconsciously turning your eyeballs into dollars, and they have built sophisticated methods of reliably doing it. You don’t pay money for using these platforms, but make no mistake, you are paying for them — with your time, your attention, and your perspective.

This is not a small, technical shift in the types of information you consume, the ads you see, or the apps you download.

This has actually changed how you see the world.

The War for Your Attention

Before I go any further, let me assure you that this is not a list of grievances about the evils of technology. I am not a Luddite. Like much of humanity, I deeply value my devices as a helpful prosthesis for my memory, my productivity, and my ability to connect to the people I care about.

This is instead a sober evaluation of how the strategies of digitally capturing our attention have altered us — our lives, our media, and our worldview. These incremental shifts have added up to enormous changes in our politics, our global outlook, and our ability to see each other as fellow humans.

Many of the biggest problems we face in this moment as a society result from decisions being made by the hidden creators of our digital world — the designers, developers, and editors that create and curate the media we consume. 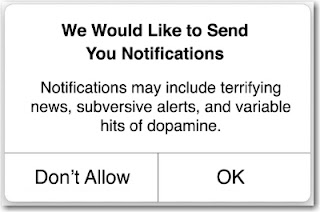 These decisions are not made with malice. They are made behind analytics dashboards, split-testing panels, and walls of code that have turned you into a predictable asset — a user that can be mined for attention.

They do this by focusing on one over-simplified metric, one that supports advertising as its primary source of revenue. This metric is called engagement, and emphasizing it — above all else — has subtly and steadily changed the way we look at the news, our politics, and each other.

This article is one of a series exploring how these strategies of capturing our attention are influencing our lives.

What follows is an exploration of how the primary artery of our factual information — the News — has been fundamentally altered by these methods.

How? Let’s look to the recent past.

The History of the New

“The Media” as we know it is not that old. For most of our history the News was, literally, the plural of the ‘New’ thing(s) people heard about and shared, and was limited by physical proximity and word-of-mouth. Since the invention of the printing press, the news consisted of notes posted in public places and pamphlets distributed to the small number of people who could actually read them.

Between the 18th and 19th centuries newspapers became fairly common, but were largely opinion rags containing political essays, sensationalized stories, and eventually muckraking. They were megaphones for people to exert political influence, and many had an extremely loose relationship with facts.

During the lead up to World War I, unchecked propaganda from all sides in the news reached a fever-pitch, with every belligerent participating in a massive fight for public opinion. By the end of the war it was clear that information warfare was a powerful weapon — it could raise armies, incite violent mobs, and destabilize whole nations.

In response to this systematic manipulation of the truth, there was a concerted effort to create an institution of fact-driven journalism beginning in the 1920's. This process was ushered forward by the advent of the first mass-media communication networks: national newspapers and national radio. These slowly gave way to television, and between these three new platforms, a global media system took hold — buoyed by the tenets of journalism. 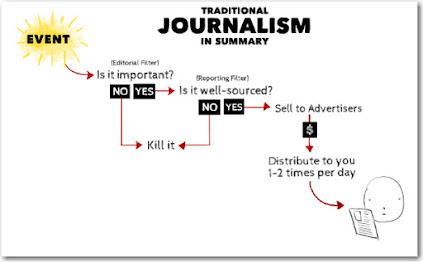 The news continued to have competitors in the battle for attention, and because of this it continued to flirt with hyperbole. The drive to sell (papers, ads, products) is naturally somewhat at odds with the idea of editorial accuracy and measured factual reporting. Journalistic standards, libel laws, and industry-shaming became common mechanisms to help curb this slide into sensationalism.

Yet something happened recently when the news met the internet and began migrating into our pockets: it started losing the battle for our attention.

The Rise of Algorithmic Engagement 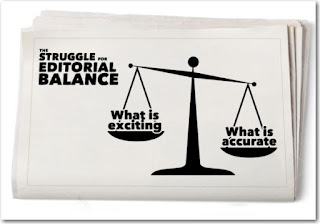 Here is the rest of the article very well worth to read it!