Are we Angels or Beasts? 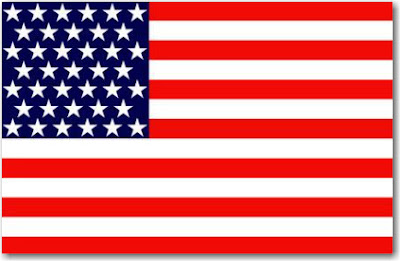 Are we Angels or Beasts?
Where are the Angels?
What to do with the Beasts?
Do we sacrifice Justice for the sake of Terror?
Are we going to allow them to take us back to the caves?
The more they Hate this country, the more I Love it!

“WASHINGTON (Reuters) - Campaign staff for Democratic presidential candidate Joe Biden are advertising their donations to a group that pays bail fees in Minneapolis after the city’s police jailed people protesting the killing of a black man by a white police officer.

There are no protests any more, there are riots, looting and unlawful savagery and destruction. Burning American flags and screaming to kill because of one race or another. The socialist propaganda of course using and taking advantage of the crisis, the mainstream media fanning and justifying the violence and the destruction, using and masquerading compassion in the supposed name of fairness; or is it to do to others what someone did to you, or to turn the tables and do the same again. Pretty soon we will be blind and dead in the name of retribution. This is organized domestic TERROR, these “people” that Biden is bailing out, forfeited they connection with George Floyd’s tragedy. They are bailing out these “people” that are burning the hopes of hard-working folks, they are inciting and approving violence and destruction, and they are “senators” running for future presidents. They are trying to fool the true American people, which I hope are smarter than that, and in any case vote for any other option but them in the coming elections; because they are none worse  than those that are trying to destroy the fabric of the American Dream and our society of Law Order and Opportunities..

The only thing that separates us from destruction, that separate a civilized society of freedom and opportunities from chaos and destruction, is its Laws; a common agreement between humans to work and grow together in harmony. These rioting “people” and the elite inciting to violence, are the ones that since the previous administration started dismantling the middle class, allowed the fugue of American jobs and wellbeing to China, created myriad of labels to divide us, and to destroy the achievements of the proven to work free society and modern capitalism. Its not perfect; but is open to the closest to an open free society of opportunities, the one proven to work even with needed adjustments. So open to freedom, that even respects your choice to discard those opportunities and not to work hard to create your trail or path to the “pursue of happiness”, whatever that is for you. You select to be poor, to be stupid and ignorant, you have the choice and the right to do that. And it guarantees you that right in the highest document of the nation, as well as prohibits to discriminative base on race, creed or politics. The only country in the world where an immigrant is welcomed to succeed with hard work, and able to achieve wonders; although some natives choose to waste these opportunities, and some latest immigrants take dishonest advantage of them and of the generosity of this country.

It is “disturbing” that these unamerican characters and bullies, because is what they are when they only care about their interest and nightmares above people’s lives, would financially support the mayhem that is hurting innocent people and destroying what good people spent their entire lives building. It is outrageous that this CORRUPTED hungry power characters, are using another crisis in top of a dangerous Pandemic turmoil, to serve their agenda. If we allow them to take over, they will take away all the history, greatness, excellence and wellbeing of this country, they will take it all away and immerse the country it in the total chaos of their experiments. And there is very bad news for all of us, there is no other better place go in order to get away from them, they will spread destruction, in the known socialist style and repeat its horrors if we let them. Mayhem and destruction are the true colors of these rioters that are as bad as any unjustified injustice, mistake or cruelty commented by anyone at any moment. This country is far away from its mistakes in the past, we had a black president, and now many people of different ethnicities serve in the current administration. Cases of cruel injustice are dealt with, using the Law. Nevertheless, the same hate that some complain about and more, is used and pointed to the POTUS, and they will use ANY means, including chaos and destruction of the country, to coup our government of Laws and Order, and thus a civilized society.