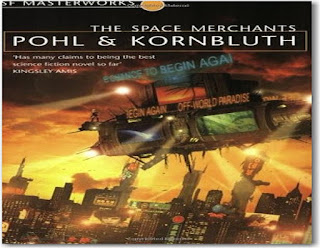 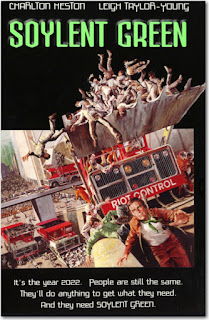 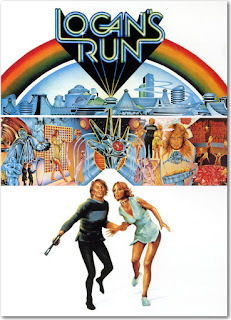 ‘Elderly’ No More. “The boomers aren’t going to like it. They don’t ever want to get old.”

The Space Merchants (1952 science fiction novel by American writers Frederik Pohl and Cyril M. Kornbluth). Logan’s Run (1967 novel by William F. Nolan and George Clayton Johnson). Soylent Green (1973 novel by Harry Harrison, author of innumerable science fiction novels and stories). Plenty to read, apropos of these times of Pandemic fears. Science Fiction is HERE! Hollywood’s apocalyptic obsession with the end of Humanity, has always taken advantage of these masterworks’ novels of Science Fiction, as well as of our present crisis. The attraction of the sensationalistic character of the Main Stream Media, that has come to be the latest trend on entertainment, takes over the “airwaves”, cable and Internet bandwidth. Perhaps I should call it also “unverified, fake and biased Media, based in rumors and not in news. This contemporary Media does “Never Allow Any Crisis go To Waste” in order to sensationalize with panic. Nevertheless, the attraction, temptation, disposition or preposition by our DNA, to use pessimistic social dystopias to justify the “End of the World”, is a tendency also shared with some of the best works of Science Fiction literature, like Logan’s Run and Soylent Green.
Logan's Run is a novel by William F. Nolan and George Clayton Johnson. About an idyllic future that has one major drawback: life must end at the age of thirty. Published in 1967, the novel depicts a dystopic ageist future society in which both population and the consumption of resources are maintained in equilibrium by requiring the death of everyone reaching the age of 21. Thus, a young technology dependent society, unproductive and without past or history, without guardians that will help them to project a future, was the prevalent trend or social model. A society without elderly people that will be able to compare how good or how bad it was, in order to correct our mistakes. In the twenty-third century, the survivors of a holocaust now live within a domed city that is sealed off from the outside world. In the domed city, men and women live in a society where you can only live until you are thirty-years-old (due to population control and limited resources), the people have two choices: They can either take part in a extermination ceremony called "carrousel", where they are promised a "rebirth", or they can go on the run and escape to outside the domed city.
In Soylent Green, on Earth 2022 ☹ (just 2 years in the future, thankfully, Science Fiction’s time approximations is must of the time inaccurate), is overpopulated and totally polluted; the natural resources have been exhausted and the nourishment of the population is provided by Soylent Industries, a company that makes a food consisting of plankton from the oceans. In New York City. The truth is more disturbing than the Earth in turmoil when they learns the secret ingredient of Soylent Green. As the main character is being carried away by the police on a stretcher to a local hospital, he urges to spread the word and shouts out to the spectators: "Soylent Green is PEOPLE!! We've got to stop them... SOMEHOW!!!" I hope we that we never get there; but the similarities to the present pandemic times scares me… Have a good reading, the movies are also good to see… Enjoy?